Review: From Bad to Cursed by Katie Alender 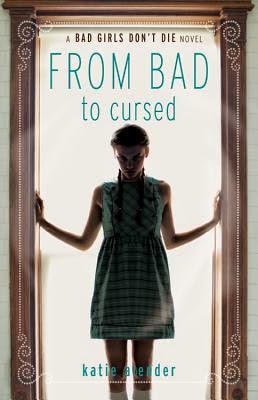 Although I did think that it was a good book, I did have a couple of issues with From Bad to Cursed. I thought that perhaps Alexis' change from trying to destroy Aralt to worshipping him could have been slightly more subtle and gradual. I found it quite noticeable and pronounced. If it had been done more discreetly, with the realisation of what was happening only eventually creeping up on the reader, that could have made it a little more intriguing.
And then there were other parts that were slightly hard to follow and sometimes I found it hard to remember whether Alexis was completely loyal to Aralt or not. I know this sounds contradictory to my last point but what I mean is that because Alexis' transformation from enemy to worshipper of Aralt was so sudden, because it was not slow enough, it was a bit difficult to understand, I was confused rather than intrigued. There were also moments when I almost could not keep up with what the other girls involved were up to.
Despite these issues, I did actually very much enjoy this book. I thought it was an interesting story with action, suspense, and even some humour mixed into it. 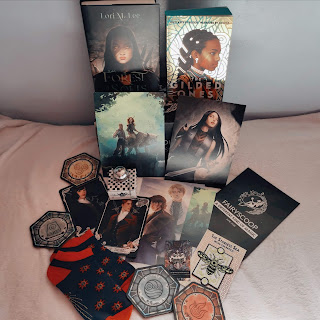